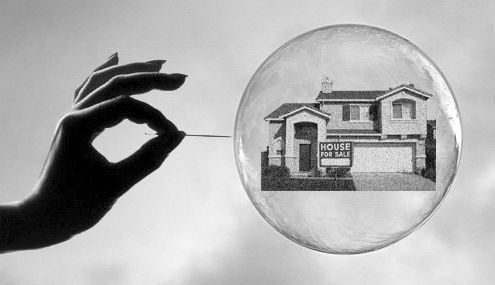 Buffett: There is No Housing Bubble- Orange County Real Estate

As home prices continue to surge upward, many in the industry are beginning to wonder if a housing bubble is imminent, or worse, if yet another financial crisis is in the making.

Warren Buffet, Chairman and CEO of Berkshire Hathaway, a multi-national conglomerate holding company, believes that the chances of home prices collapsing are very low, according to a recent report from Fortune by Stephen Gandel.

Although now may be a good time to buy a house, it is not as good a time as it was four years ago, Buffett stated at the Berkshire Hathaway annual shareholders meeting in Omaha, Nebraska. Fortune reported that Buffett thinks the chances of housing prices collapsing are very low

“I don’t see a nationwide bubble in real estate right now at all,” said Buffett.

Buffett made remarks at the annual meeting Berkshire Hathaway, which took place on Saturday in Omaha. “In Omaha and other parts of the country people are not paying bubble prices for real estate,” says Buffett.

Although home prices continued their upward trek all over the country, they are doing so at a much slower pace, according to data on the recent U.S. House Price Index (HPI) released by the Federal Housing Finance Agency (FHFA).

The S&P/Case-Shiller U.S. National Home Price Index (HPI) found that home prices rose for the 43rd consecutive month in November 2015. According to the HPI report, home prices rose 5.3 percent year-over-year in November, slightly up from the 5.1 percent increase recorded in October 2015.

“Home prices extended their gains, supported by continued low mortgage rates, tight supplies and an improving labor market,” said David M. Blitzer, Managing Director and Chairman of the Index Committee at S&P Dow Jones Indices. “Sales of existing homes were up 6.5 percent in 2015 vs. 2014, and the number of homes on the market averaged about a 4.8 months’ supply during the year; both numbers suggest a seller’s market.”

The topic of bubbles forming in the housing market is something that has been thrown around for quite some time. As home prices soar to new heights—with no sign of decline—housing bubbles appear to be popping up in many markets and may be here to stay, according to Zillow’s Home Price Expectations Survey.

“Without 20/20 hindsight, it’s difficult to identify bubbles as they’re happening, but it is very clear that nationally we are not seeing a return of the conditions that caused the last national bubble,” said Dr. Svenja Gudell, Zillow’s Chief Economist. “Tighter lending restrictions today mean we aren’t seeing buyers get loans they realistically can’t pay back, like we did in years past. It’s significant that some experts are starting to worry about bubble conditions, but in my opinion, there’s no real danger of a severe crash like the one we all remember from the last decade.”