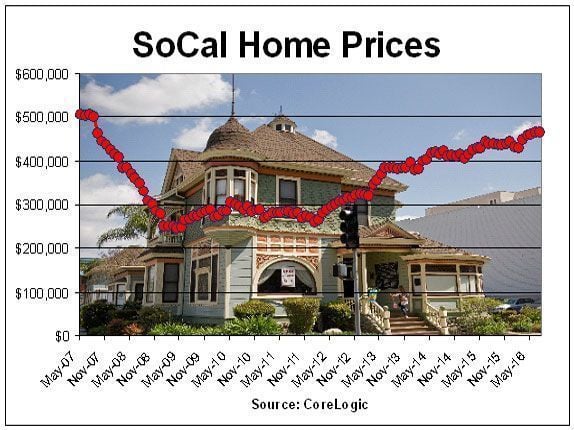 The median price paid for a Southern California home in July tied June’s nine-year high of $465,000, CoreLogic figures show. That’s the highest for any month since August 2007, when it was $500,000.

Sales for the region fell 10.7 percent year over year from July 2015, due mainly to there being just 20 business days last month vs. 22 days a month a year earlier. The drop was only about 2 percent in average transctions per day, CoreLogic reported.