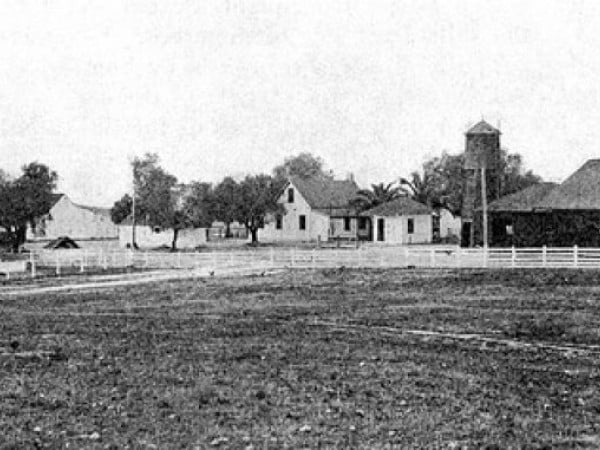 Years before our beautiful neighborhood with its large estates and delightful trails got the name of Nellie Gail Ranch; the name holder was an amazing woman: Nellie Gail Moulton.

Born in Irving, Kansas, Nellie spent her life traveling many of the states. After she was born in December 1878, Nellie moved to Nebraska, where she established until the early 1900s. Then she moved to Washington and worked as a school teacher, but she often visited Southern California, where her father was a storekeeper in El Toro.

Nellie was initially unattached to Southern California. Coming from Washington, where the vegetation remains distinctively green throughout the year, the brown, desert grass was distasteful. She was heard saying, “You could not even give me this land!”  However, she had to eat her words when she was introduced to the newly divorced Louis Moulton, one of Orange County’s most desirable bachelors.

Louis Moulton was born in Chicago in 1854. Raised by a family of doctors, he wanted an outdoor lifestyle. At the age of twenty, Moulton began his journey to California. In Santa Ana, he started living the outdoor lifestyle he had always dreamed. He immediately found work under Charles French tending to sheep but was soon able to buy out the business. Moulton extended renting land all the way from Oceanside to Wilmington. By 1884, Moulton was renting the entirety of Rancho Niguel, a 19,000-acre plot of land known by the Native American articulation, Rancho “Nee-well.”

After achieving so much on his own, Moulton got himself a partner, Jean Pierre Daguerre. He was a French Basque émigré that traveled to California around the same time as Moulton. In 1895, Moulton purchased all of the lands he had previously rented, and together, they successfully used the land for raising sheep and dry-farming. With financial aid, Moulton continued to purchase more pieces of land until their ranch comprised of 21,723 acres.

As his business bloomed, Moulton’s first marriage weakened, and he got divorced in 1899. However, soon enough he laid eyes on Nellie Gail when they met at her father’s shop. He praised her for many years until they finally married in 1908.

The newlyweds settled down on what we now call Nellie Gail Ranch. They raised their two daughters here, Charlotte and Louise. The first born, Charlotte, she went to school in Santa Ana and stayed there instead of living on her father’s ranch. Louise, on the other hand, lived there with her family throughout her childhood and became quite the horsewoman, riding to and from school on her pony Dickie, a gift from her father.

However, in 1911, his friend and partner Daguerre was killed in a tragic accident. While the two families remained friends and partners, Daguerre’s death was the beginning of the ranch’s downfall. The one favorable decision the families made without Daguerre was to turn their sheep business into a cattle business. While making the change may have been a good decision, in 1919 another disaster occurred. The influenza pandemic befell and killed Domingo, who was Daguerre’s only son.

The cattle business remained until Lewis Moulton died in 1938, right before his eighty-fifth birthday. Nellie, age fifty-nine, took over management of the land until 1950 when she turned it over to both Moulton and Daguerre daughters. The Daguerre daughters soon abandoned the business, and the land was split up between the two families.

As the population of Orange County grew, the cattle market was near the end. Eventually, Charlotte and Louise divided the land between them and arranged a land swap to move their herds of cattle to Santa Barbara. The recently evacuated ranch continued to be distributed, sold, populated, and built upon. Moulton’s ranch once included Laguna Niguel, Laguna Hills, Mission Viejo, several other local cities, and apparently even Big Bear Lake. However, all the while, the old Nellie Gail kept some of the ranches to herself.

When Nellie gave up most of the land to her daughters and the Daguerre’s, she kept a relatively small plot for her plans. Nellie was not the rancher her husband was; instead, she was a painter and an arts supporter. Nellie studied under the care of the famous Laguna Beach artist, Anna Hill, and two of her famous paintings are on exhibit at the Heritage Hill Historical Park. She was one of the founding members of Laguna’s College of Art and Design, president of the Laguna Art gallery, and a significant altruist for the Laguna Moulton Playhouse.

Her kindness prevailed up to her death in 1972, when she left two hundred fifty (250) acres of her land to Chapman University. The rest of her property was sold for $18,357,000, the area we now know as the Nellie Gail Ranch.