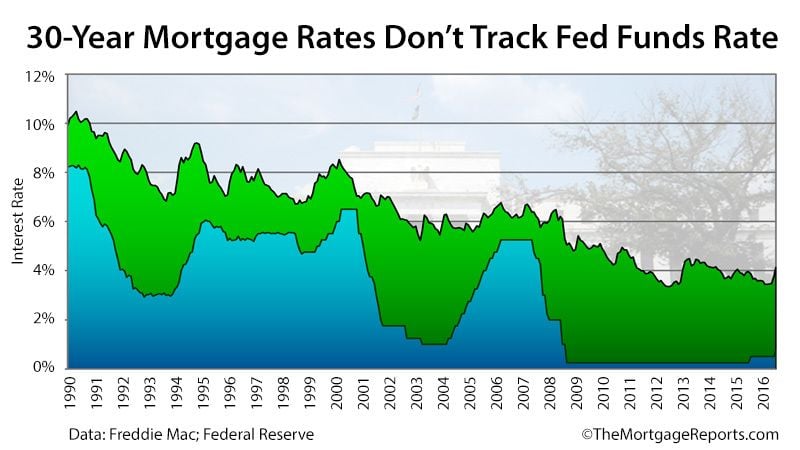 The Federal Reserve raised its benchmark interest rate on Wednesday for just the fifth time since the 2008 financial crisis.

Economists talk a lot about the impact this will have on markets, but what about everyday consumers?

The Fed’s decision can affect the cost of housing, cars, student loans and even the interest on your credit card — though not all necessarily right away. And when the Fed raises rates, all sorts of other expenses eventually tick up.

The move is part of what will be a slow, upward climb for what’s known as the federal funds rate. Banks are ordered by law to have a certain amount of money in reserve, so they typically make overnight loans to each other to keep those balances up. The federal funds rate is the level of interest that applies to those short-term loans.

Because the rate has been close to zero since 2008, as part of the Fed’s strategy to bring the nation out of a recession, there’s hardly anywhere for it to go but up. As the economy improves and President-elect Donald J. Trump unveils his stimulus package, economists expect rates to rise steadily over a period of years.

“The bottom line, ostensibly, is that the economy is getting stronger,” said Dean Baker, co-director of the Center for Economic and Policy Research. “Nobody in their right mind would say, ‘I’d rather have higher unemployment and lower interest rates.’ Nobody wants to pay a higher interest rate, but I think that’s an easy choice for most people.”

If you’re going to buy a home, chances are that you will opt for a 30-year, fixed-rate mortgage. Most home buyers do. Those loans have become remarkably affordable, especially since the financial crisis, with their interest rates bottoming out at around 3.5 percent.

In general, movement of the Fed’s rate does not have a large, direct impact on long-term mortgage rates. But when the Fed’s rate goes up, banks find ways to pass their higher borrowing costs along to consumers.

And because long-term mortgage rates are set in stone, they also factor in the anticipation of future rate increases. That’s part of why mortgage rates have been shooting up in recent months: The Fed has suggested that interest rates are likely to continue rising for years.

The average interest rate on a mortgage today is 4.375 percent, For this example let’s use a 30-year, fixed-rate mortgage with a loan amount of $425,000. If the borrowing rate were to rise by, say, another percentage point in the coming year, this would mean an additional $250 a month on the average mortgage — leading to nearly $90,000 in added interest over the duration of the loan.

As mortgage rates go up, people are a little less likely to buy a house, and those with fixed-rate mortgages are less likely to refinance (because they probably will not end up with a better deal).

An interesting wrinkle is that as a result, volume — that is, the amount of new mortgage contracts being issued — goes down. So banks could also start loosening their requirements for new mortgages.